From shelf stacking to Chartered Accountant! 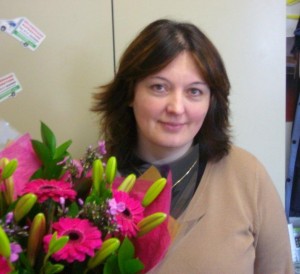 Sabine had a rich and varied career before we managed to secure her as our Finance Manager a couple of years ago.  Arriving in the UK from France in 1997, via India where she was a waitress and Zimbabwe  where she was involved in computer maintenance and repair for a college, and London where she delivered pizza thus acquiring the “Knowledge” almost as detailed as a London taxi driver’s.  In 2003 she came to Bristol and decided to study for the AAT exams, funding herself initially by stacking shelves at night in Sainsbury’s and then as a trainee with the firm who were managing Emmaus Bristol’s accounts at the time.  We soon realised what a treasure she was, not only in matters financial but in sorting out a vast range of technical and admin difficulties around the office – always with a dry sense of humour and unending perseverance and patience. In February we were thrilled when she passed her last two exams to become a Chartered Certified Accountant. We are proud of you, Sabine!